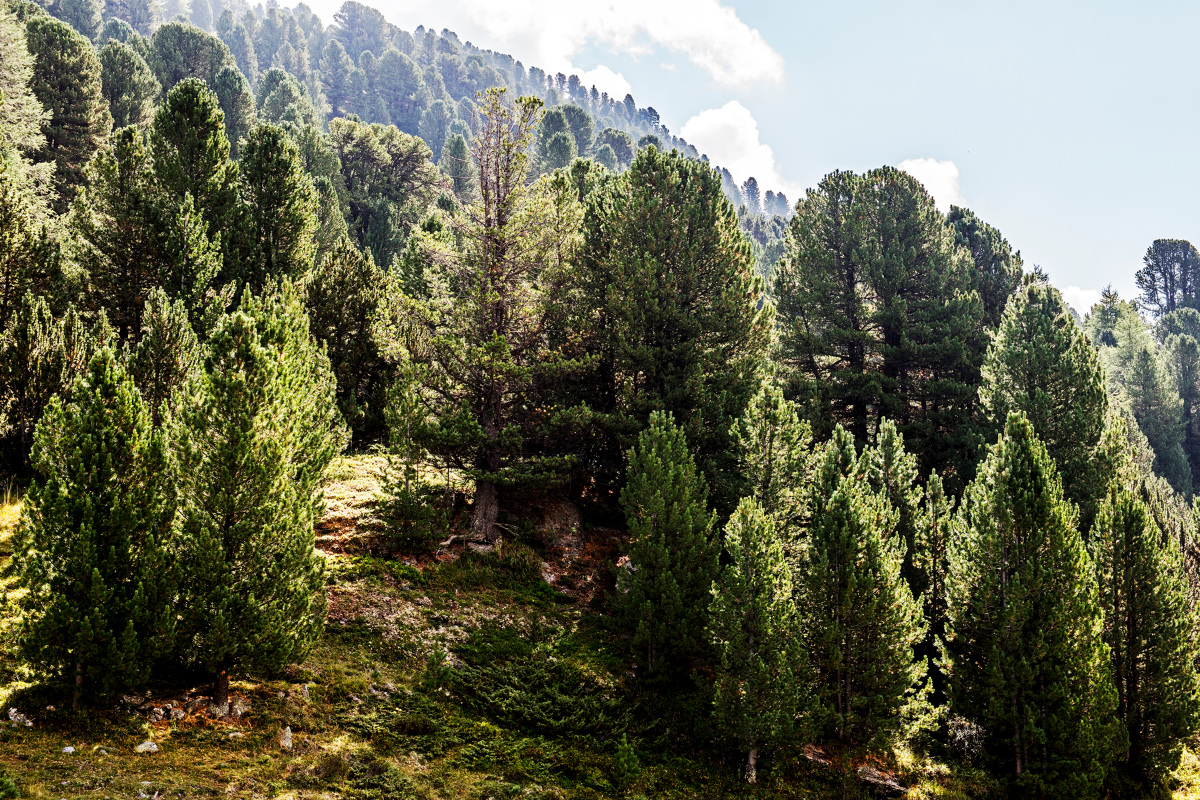 Located some 2000 metres above sea level and nestling deep within the Lower Engadine region of the Alps next to the Swiss-Italian border, lies an ancient sanctuary. But this sanctuary has no walls and the precious entity it is said to protect is not something you can see. This refuge is the Tamangur Forest, an area of outstanding natural beauty infused with the sweet scent of the Arvenholz pine trees that grow there, some of which are up to 800 years old. According to legend, it is in the Tamangur, the highest closed pine forest in Europe, that the Romansh language finds sustenance and protection. Designated an official language of Switzerland in 1996, Romansh was once on the verge of extinction. Comprising five major regional dialects, the language can trace its roots to the Latin brought to area by Roman soldiers around 15 BC. Over time, changing borders and the effects of trade and tourism prompted a decline, until, in the nineteenth century, a number of writers and cultural institutions set about ensuring its survival. 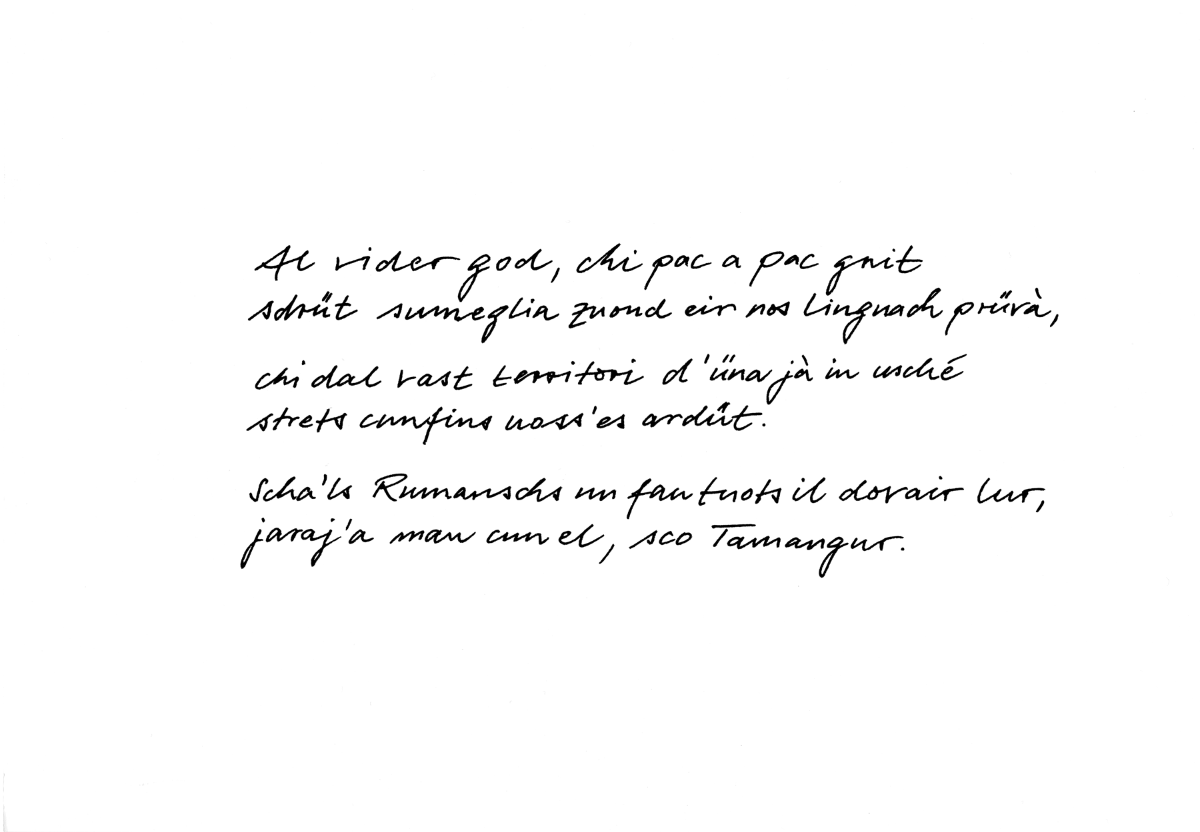 Peider Lansel, a Swiss Romansh poet and a driving force behind the revival, warned, in his 1923 poem Tamangur, that any threat to the forest is a threat to the language and culture itself:

The old forest, gradually decaying, is very much like our dear language,

from a once great region today confined to the narrowest of limits.

If the Romansh do not do their duty, it will be with them, as with Tamangur.

So intriguing was this marriage of landscape and language, of the forest and the story it has to tell, that Hieronymus decided to embed it in their world. Inspired by the smell of the pine wood from the Tamangur forest, the scent «God da Tamangur» was developed. Since the opening of the first flagship store in 2014 the scent is atomised gently in the air and completes the multi-sensory store experience.

The Tamangur embossed leather goods as well as the corporate silk-screen printed boxes and wrapping paper all feature what at first looks like an abstract, geometric pattern. Look further though, and you will discern a topographical map that is a representation of the Tamangur Forest itself, as seen from above: a reminder of the importance of caring for, and about, all of our environment including language, writing and the cultures it engenders.