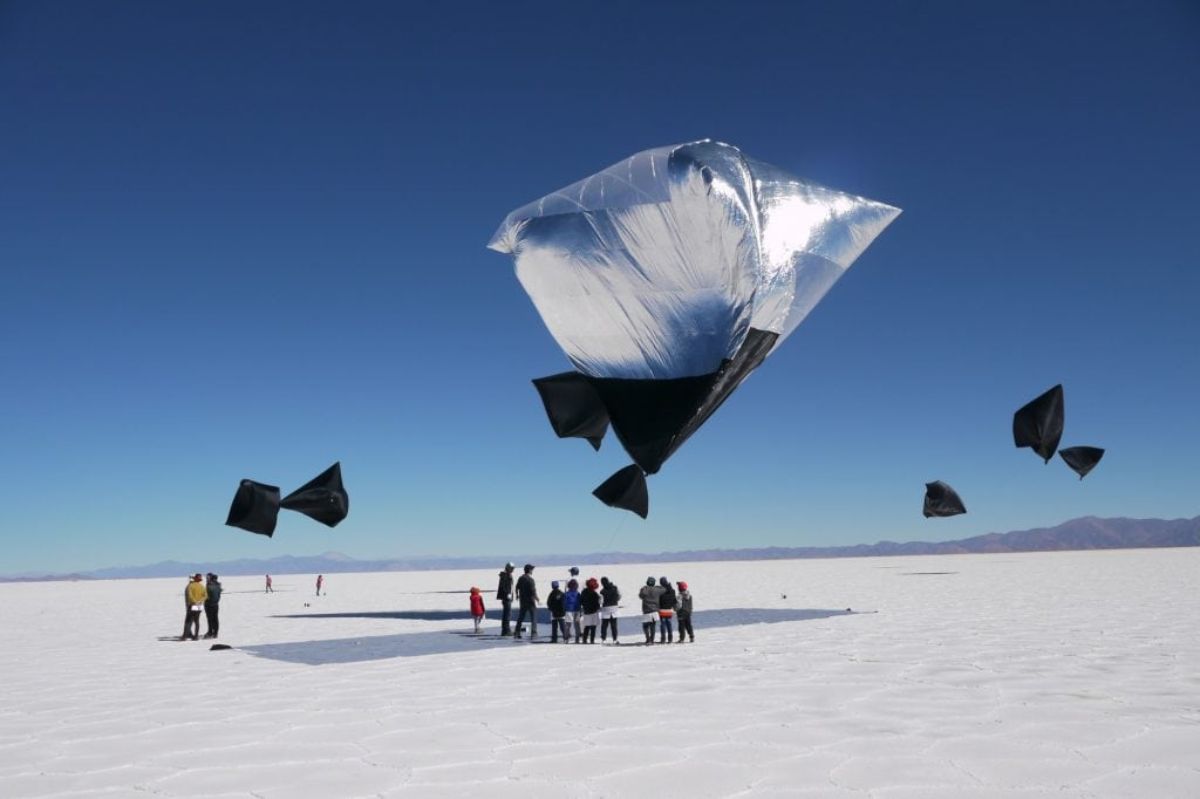 The Poetics of Air

The Aeroscene project, initiated by the artist Tomás Saraceno, seeks to “activate a new imaginary for how we perceive our relationship with air”. Editor and designer Sophie Rzepecky examines this idea of changing mindsets about such intangibles through cooperative action and poetic awareness.

The air above our heads might seem free as the wind but it is in fact highly regulated and controlled by geopolitics, multinational corporations and governments. We breath in, move through, and with air. Yet we tend to take this valuable resource – which is perhaps not as infinite as we believe – for granted. Indeed, air is in trouble, as seen most recently with serious fires ravaging the Amazon rainforest – a source of 20 percent of the world’s oxygen emissions. How do we bring urgent awareness to such an intangible and important subject as air?

The Aerocene Foundation may have the answer. Aerocene, founded by visual artist Tomás Saraceno in 2015, is a community-based foundation working towards creating a poetic awareness of air. Motivated by a central question: what would it feel like to breathe in a post-fossil fuel world?, the foundation brings together an interdisciplinary set of activists, radio and balloon enthusiasts, academic experts, researchers and artists to activate a new imaginary for how we perceive our relationship with air. The activities of the foundation are various, but key to its output is the development, launching and testing of Aerosolar sculptures; dark, triangular-shaped balloons that, when filled with air, are heated from the inside by the rays of the sun and lifted into the atmosphere without the use of fossil fuels. 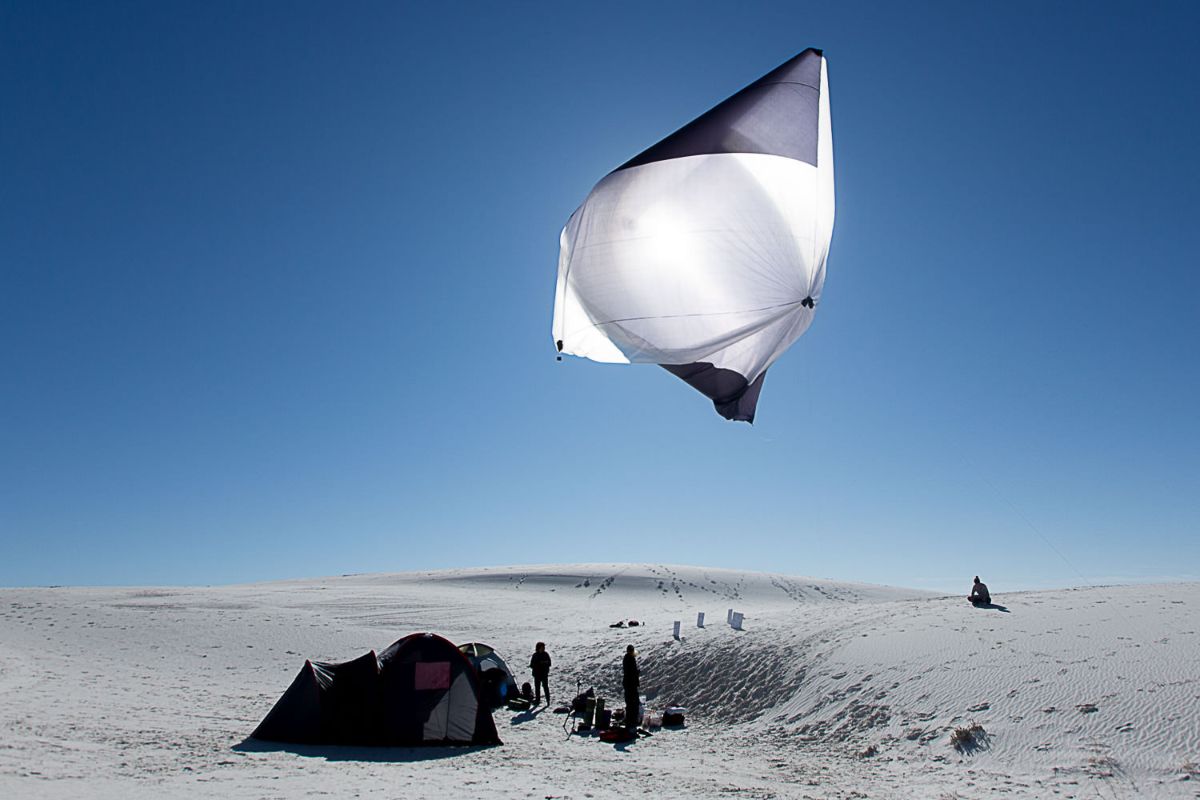 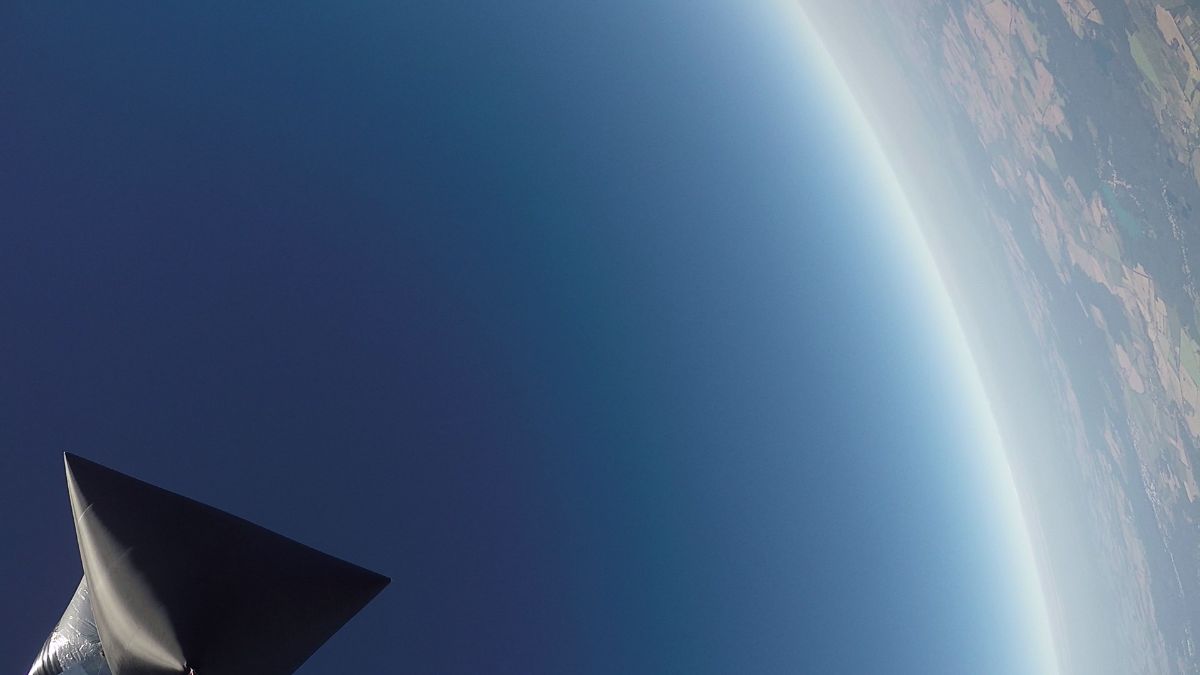 Unlike national and international land borders, the air has no physical borders discernible to the human eye. In fact, air connects everything and everyone, “it flows through, in and around,” as mentioned in the Aerocene Manifesto. Aerosolar sculptures, are launched by a dedicated community of enthusiasts around the world and across borders, with Aerocene’s Do-It-Together kit – a portable backpack designed as a tether-flight starter kit, with everything you need to float an Aerocene sculpture. These kits offer new and embodied ways of experiencing air, by harnessing its power in collaboration with the sun.

“Aerocene is a project about friendship, about the relationship between air, universe, humans, sun, animals, plants, planets. It is a project showing how shared enthusiasm becomes the common ground to shared dreams. Where time becomes different, where energy and inspiration are endless resources. I can only hope that this family will grow even bigger.” – Tomás Saraceno

Aerocene encourages the use of launches as a bottom-up practice to challenge the status quo and bring attention to the idea that local communities should be able to inform policy on the air and environment. Indeed the site of launches have also at times acted as provocation, as with the inaugural launch of Aerocene D-O AEC in 2015 at White Sands, New Mexico, the site of the first detonation of a nuclear device , code-named “Trinity” in 1945; or a launch in 2017 over Salar de Uyuni in Bolivia, a site of mass extraction of the mineral lithium used in batteries for powering computers and driverless cars. As artistic interventions, launching at these sites created a political imaginary for what life could be like if we left valuable resources in the ground, and collaborated more holistically with planetary rhythms.

The interest in and support in the Aerocene Foundation, amongst scientists, laypersons, students and teachers alike is a testament to the power of artistic investigation into the environment, by bringing to light the complexity of air as a resource controlled by multiple entities. To believe there can be new ways of living on planet earth, we first need to imagine them and Aerocene leads the way.