The Tongue of the Mind

There was a time, not so long ago, when it was commonplace to wear a suit to work, with a watch upon your wrist, a hat upon your head and a pen in your breast pocket or handbag.  This was the uniform of the office worker, armoured for action in the battle for profit or a wage. Time was the terrain, the watch your compass, but the pen, the pen was both sword and diplomat with which you slashed and stabbed through battalions of numbers or negotiated your way, letter by letter, through words of parley and command. Elsewhere, and in practised hands, that same writing instrument could become a tool capable of relaying beauty, expressing love, sharing compassion and solace, news and need.

The pen and the watch are faithful companions, balanced, robust and long-serving. They used to be common gifts symbolising transition into adulthood, promotion – or retirement from the commercial field of endeavour. Precious objects, they were, and still are, bequeathed as heirlooms, passed down from loved one to loved one, the skill of their use earned over time, the patina of their surface imbued with the touch of their old owners, yet charged with the needs of the new.

Times have changed, but the value of the pen, in particular, has not. A good pen is designed to endure. Exquisite craftsmanship, fine, strong materials and precision engineering are necessary to survive decades of use. Like a wedding ring it should last a lifetime, transcend fashion and represent a bond: its owner’s personal contract with knowledge, with civilisation, with erudition and the arts.

Many of the duties of the pen in the working world may have been superseded by other tools, but that contract remains and has, if anything, grown stronger. Two thousand years ago, during the time of Emperor Augustus, the Roman poet Horace wrote: “the pen is the tongue of the mind”. In that respect, nothing has changed. The ink that spills through its nib, guided by its wielder, onto the page has a power that no keyboard can replace: a deeply personal connection with the recipient and the reader, the conveyor of messages as intimate as the spoken word. It is still the tongue of the mind and its ink the breath of thought. 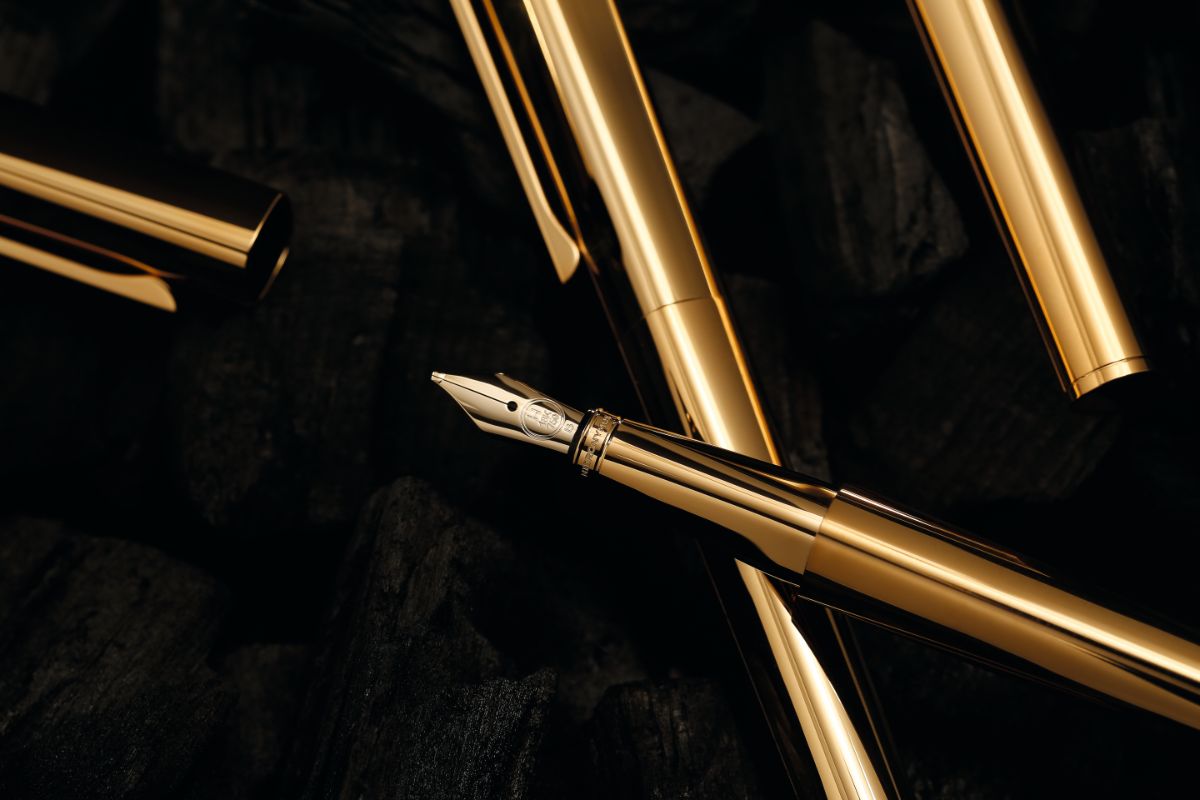 The Sculpture Pen is available at our Flagship Store and the Online Shop.